New year, new recipe! I’m kicking things off with a cozy Cinnamon Apple Tahini Oatmeal Bowl for breakfast. This post is sponsored by The Soulfull Project. 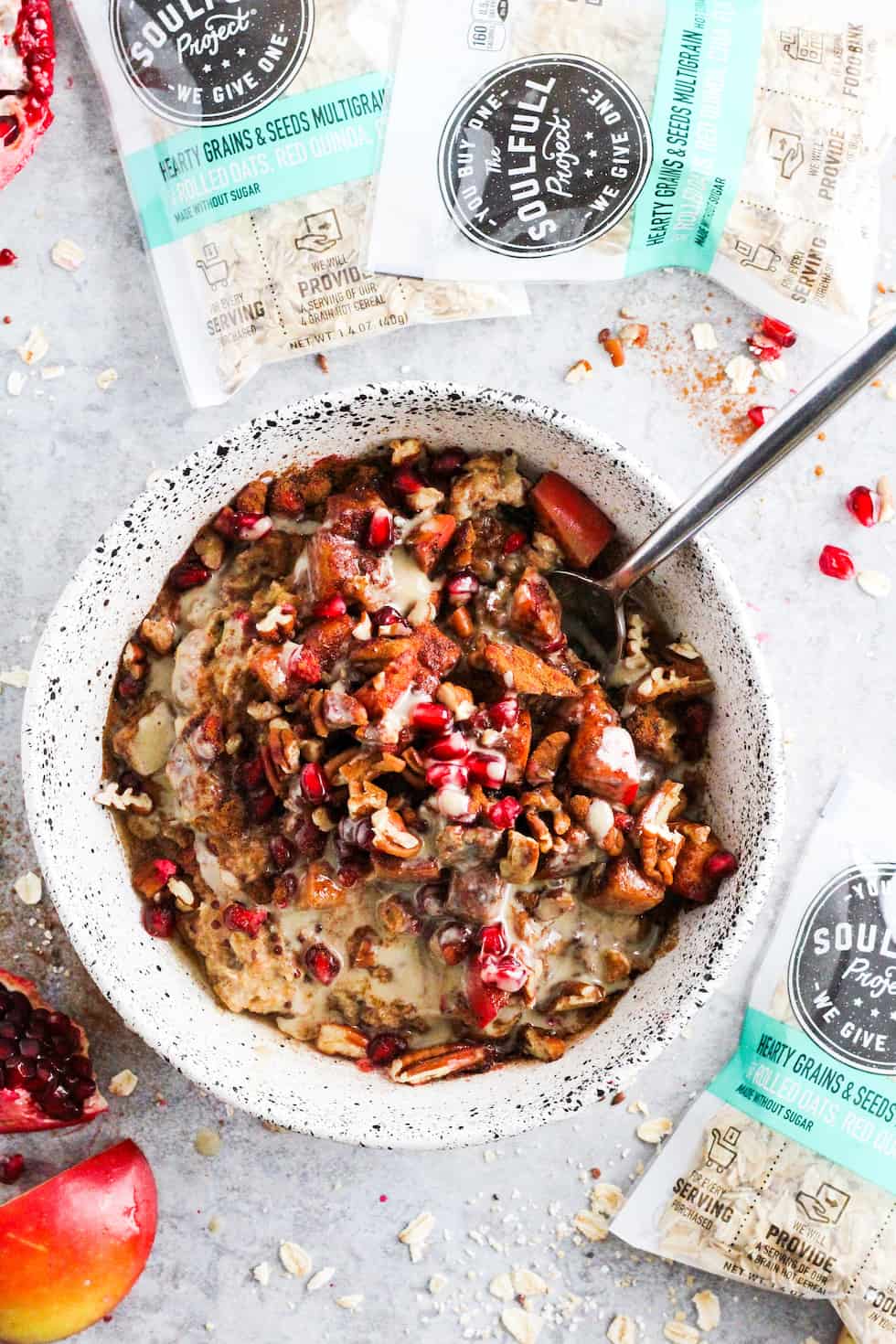 Whatever your thoughts on New Year’s resolutions, this is a time when many of us are embracing a fresh start.

I’m all for personal development plans that are positive, meaningful, and compassionate, but those terms don’t usually describe trying to lose weight or micromanage your body.

Looking for a better 2019 intention?

One of my goals is to give back to my community throughout the entire year, instead of just during the holidays.

It’s easy to forget about charitable causes once the stockings and lights are packed away, but there are still plenty of people that could use a little extra help.

It’s one reason I’m so excited to partner with The Soulfull Project, a hot cereal start-up with a mission-driven focus. For every serving purchased, they donate one of their 4 Grain Blends to a regional food bank.

So pretty much, whenever you eat this oatmeal bowl, you can feel good about the fact that you’re also making healthy food more accessible to people in your community. 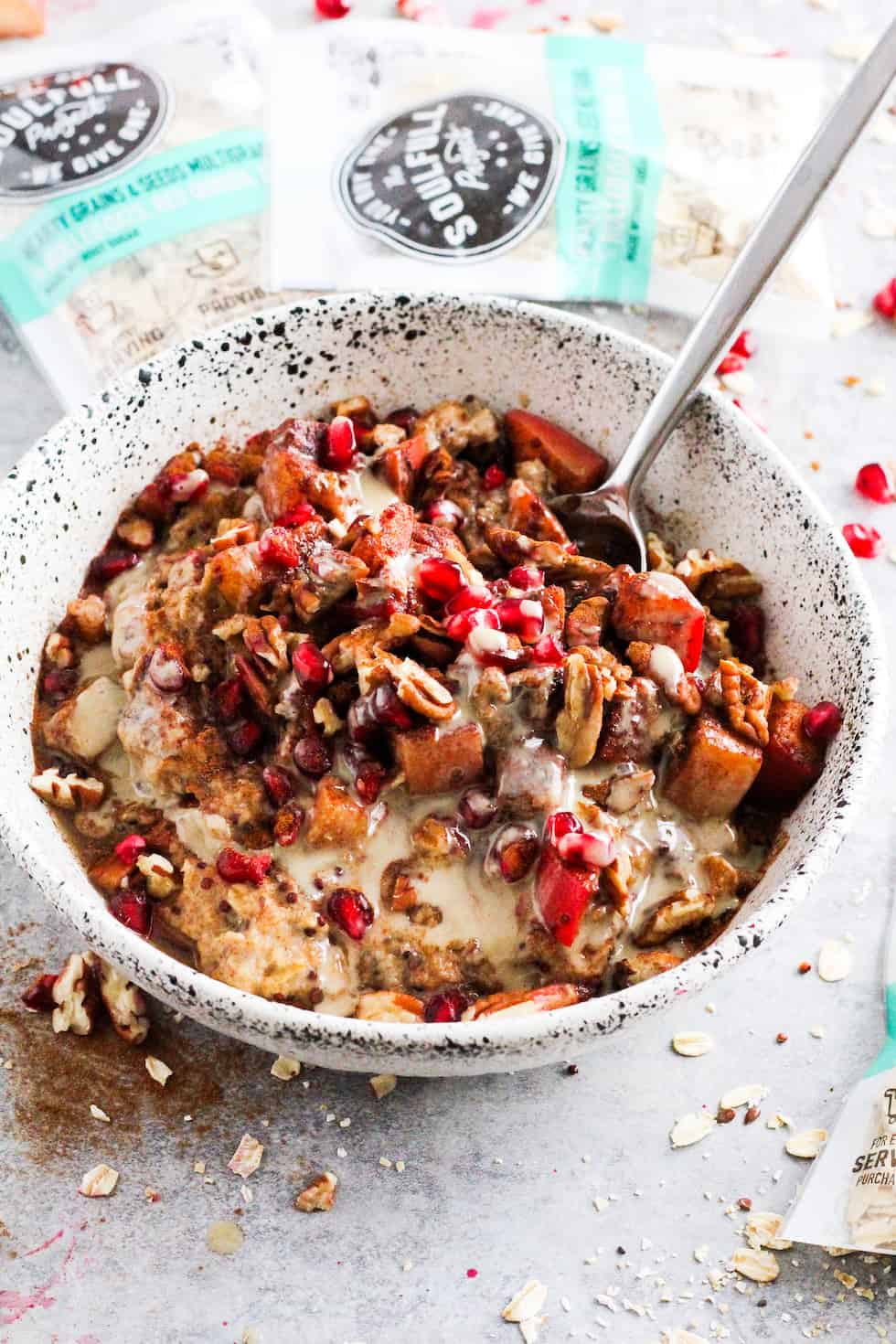 These hot cereals taste good, too. Each is made with wholesome, nutrient-dense ingredients like steel cut oats, rye, quinoa, flax, chia, dried fruit and seeds. All flavors are naturally gluten-free, too!

I made this tahini-drizzled oatmeal bowl to celebrate.

It’s a tasty breakfast that only takes about 15 minutes to cook, and you can make the whole thing in one pot for easy cleanup.

First, cook apple pieces in coconut oil, cinnamon, and a pinch of cardamom. Remove them from the pan to cook the oatmeal, and then assemble the whole thing with your toppings of choice. I went with a dreamy mix of pomegranate, tahini, pecans, maple syrup, and more cinnamon.

Want in on this oatmeal bowl action?

Here in the Denver-area, you can purchase The Soulfull Project at Sprouts Farmers Market, Safeway, and Natural Grocers. You can also take 30% off your order with code GRATEFUL30 through 1/21/19. Let me know what you think once you have a chance to try it! 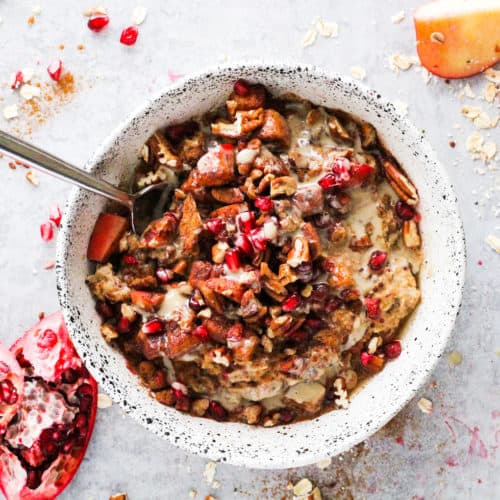 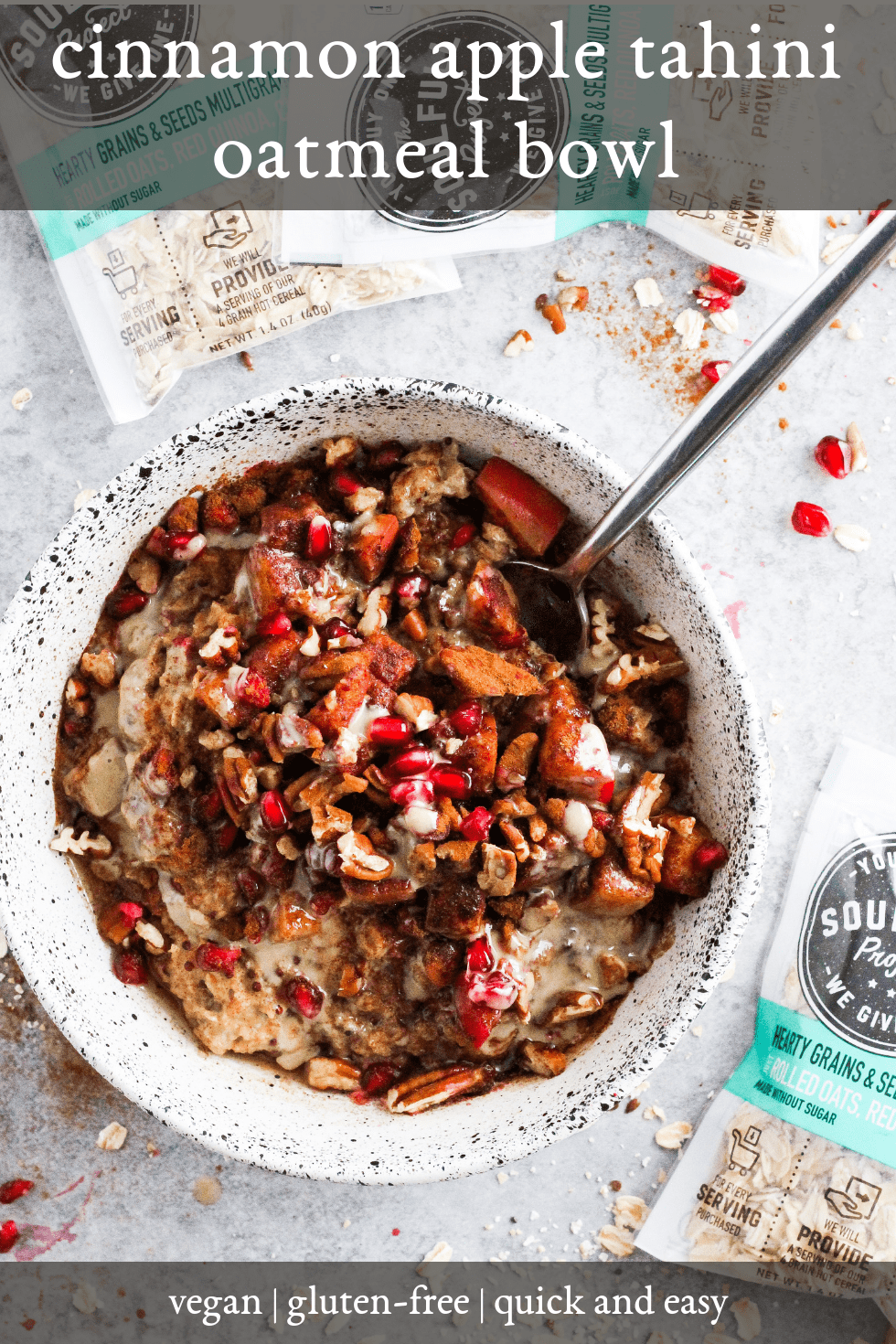